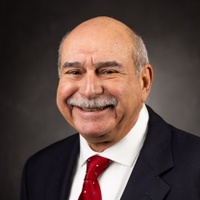 Joe has been serving the suburban Philadelphia area for over 30 years as a Certified Public Accountant (CPA.)  He earned his Bachelor's of Science in Business Administration and Accounting from Bloomsburg University.  Joe opened his own accounting practice in 1990, then added financial services to his repertoire when he became licensed and joined his broker/dealer, Avantax Investments ServicesSM, in 1998.  In 2001, he earned the Personal Financial Specialist (PFS) certification through the American Institute of Certified Public Accountants.  Joe is very active with his broker/dealer and has been serving as the local Chapter Director since 2011.  This program enables him to provide continuing training for other local Avantax Advisors.

Joe believes in giving back to his community and has been an active member of several civic, philanthropic, and youth sports organizations over the years.  He is a life-long resident of the suburban Philadelphia area, where he currently lives with his wife, Eleanor.  He has three grown children and four grandchildren.

1: The Five Star award is bestowed by an independent third party organization not affiliated with Avantax Wealth ManagementSM.

This award does not evaluate the performance of investment accounts managed by or under the supervision of the wealth manager, and is not indicative of future performance or success.

The Five Star Wealth Manager award, administered by Crescendo Business Services, LLC (dba Five Star Professional), is based on 10 objective criteria. Eligibility criteria – required: 1. Credentialed as a registered investment adviser or a registered investment adviser representative; 2. Actively licensed as a registered investment adviser or as a principal of a registered investment adviser firm for a minimum of 5 years; 3. Favorable regulatory and complaint history review (As defined by Five Star Professional, the wealth manager has not; A. Been subject to a regulatory action that resulted in a license being suspended or revoked, or payment of a fine; B. Had more than a total of three settled or pending complaints filed against them and/or a total of five settled, pending, dismissed or denied complaints with any regulatory authority or Five Star Professional’s consumer complaint process. Unfavorable feedback may have been discovered through a check of complaints registered with a regulatory authority or complaints registered through Five Star Professional’s consumer complaint process; feedback may not be representative of any one client’s experience; C. Individually contributed to a financial settlement of a customer complaint; D. Filed for personal bankruptcy within the past 11 years; E. Been terminated from a financial services firm within the past 11 years; F. Been convicted of a felony); 4. Fulfilled their firm review based on internal standards; 5. Accepting new clients. Evaluation criteria – considered: 6. One-year client retention rate; 7. Five-year client retention rate; 8. Non-institutional discretionary and/or non-discretionary client assets administered; 9. Number of client households served; 10. Education and professional designations.

Wealth managers do not pay a fee to be considered or placed on the final list of Five Star Wealth Managers. Award does not evaluate quality of services provided to clients. No clients were contacted for, or contributed to, the evaluation of this award. Once awarded, wealth managers may purchase additional profile ad space or promotional products.